CLDDS remains OPEN and dedicated to current clients and accepting new clients. Please contact us at 732.797.1600 to speak to a live person and schedule a virtual conference or new client consultation TODAY.

Of Counsel, Gary Ahladianakis of CLDDS will not give up the fight for Ocean County’s local businesses. 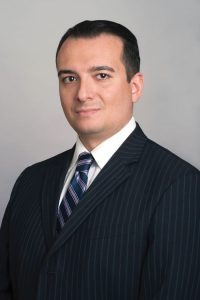 In granting the insurer’s motion to dismiss a suit from Causeway Automotive LLC and related plaintiffs, U.S. Chief District Judge Freda L. Wolfson on Wednesday noted that the only support for the dealers’ public policy argument is a bill introduced in the state Assembly in March.

That legislation “proposed that ‘every policy of insurance … be construed to include … coverage for business interruption due to global virus transmission or pandemic,'” but “it appears that the bill was never voted on by the Legislature,” Judge Wolfson said in her written opinion.

“While the bill’s proposal may demonstrate the beliefs of some legislators in the state of New Jersey as to what the state’s public policy on virus exclusions in commercial insurance policies should be, the mere existence of a proposed bill does not demonstrate that public policy, currently, precludes application of virus exclusions in the context of the COVID-19 pandemic,” the judge said.

Citing the New Jersey Appellate Division’s 2004 opinion in Hebela v. Healthcare Ins. Co. , Judge Wolfson added, “Rather, ‘[t]he public policy which [the court] must follow is that which instructs our courts to enforce an insurance policy ”as written” and not seek ”to make a better contract for either of the parties” than that which they chose to make for themselves.'”

The Causeway plaintiffs, which operate a family of dealerships in Manahawkin, New Jersey, sought coverage for losses they incurred as a result of executive orders issued by Gov. Phil Murphy that imposed a series of business restrictions aimed at curbing the spread of COVID-19, according to the judge’s opinion.

Zurich American denied the claim based on the virus exclusion, which states the company “‘will not pay for loss or damage caused by or resulting from any virus, bacterium or other micro-organisms that induces or is capable of inducing physical distress, illness or disease,'” the opinion said.

The dealerships in May launched their suit over the coverage denial in New Jersey state court and Zurich American later removed the case to federal court.

Following a string of similar decisions about virus exclusions in COVID-19 coverage cases, Judge Wolfson reasoned that the provision barred the dealerships’ claim. She rejected their stance that it is “ambiguous” and thus should be interpreted in their favor.

In making that argument, the dealers claimed in a brief that the exclusion could be “reasonably interpreted” to mean coverage is not available for losses caused by a virus “that is present at the insured premises or otherwise has infected the insured’s employees or staff.”

The judge, however, concluded that the provision “in no way suggests that the virus must be present at the insured property for the exclusion to apply.”

“Indeed, to accept plaintiffs’ interpretation would require the court to add additional language that does not appear in the policy,” the judge said. “Plaintiffs’ presentation of potential interpretations of that clause does not render it ambiguous or otherwise unclear.”

Judge Wolfson also swatted away the dealers’ assertion that the exclusion doesn’t apply since their losses were caused by Murphy’s executive orders and not COVID-19.

Those orders “were issued for the sole reason of reducing the spread of the virus that causes COVID-19 and would not have been issued but for the presence of the virus in the state of New Jersey,” the judge noted. The dealerships’ complaint “acknowledges this connection as it alleges that the executive orders were issued ‘to further protect the health, safety, and welfare of New Jersey residents by, among other things, reducing the rate of community spread of COVID-19,'” the judge said.

“In that regard, the ‘but for’ cause of plaintiffs’ losses was COVID-19 — the executive orders and the virus are so inextricably connected that it is undeniable that the orders were issued because of the virus,” Judge Wolfson said.

Gary Ahladianakis of Carluccio Leone Dimon Doyle & Sacks LLC, representing the dealerships, told Law360 on Thursday that his firm planned to appeal the decision before the Third Circuit “in an attempt to open an avenue of legal precedent for New Jersey business owners who suffered significant COVID-related business losses, paid thousands of dollars in insurance premiums, yet had their insurance companies turn their backs on valid claims based upon … ubiquitous yet ambiguous ‘virus exclusions’ that were never intended, or even envisioned, to apply in these situations.”

“If the Third Circuit reverses Judge Wolfson’s opinion and finds that the Zurich ‘virus exclusion’ is open to an interpretation that may afford coverage for these losses, it will not only be a win for the business owners of this state, but also for New Jersey workers and their families that had to, unfortunately, be let go from their positions when their employers’ business claims were wantonly denied by insurance companies,” Ahladianakis added.

Find the original article by Law 360 by clicking here