CLDDS remains OPEN and dedicated to current clients and accepting new clients. Please contact us at 732.797.1600 to speak to a live person and schedule a virtual conference or new client consultation TODAY.
CLDDS’s Response to COVID-19

The CLDDS Team, Navigating the Legal Waters of the Jersey Shore, is now one Member Stronger. 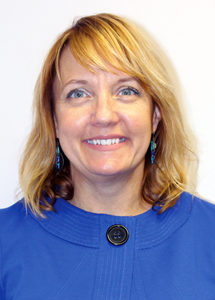 Ms. Appleby joins us as Of Counsel, with concentration on Real Estate Law. She is a welcome addition to the diverse areas of our practice and an essential part of the team approach followed by the attorneys here at CLDDS.

Ms. Appleby joins CLDDS with 17 years prior experience as an attorney in private practice and over five years of public service as an Ocean County Superior Court Judge, in the Chancery Division, Family Part, as well as in the Criminal Division.

She was the first woman elected in Toms River as a Council Member-At-Large in the newly formed Mayor-Council form of government in 2007 and her service was recognized when she received the Governor Whitman Excellence in Public Service designation. She is a member of the New Jersey Association of Professional Mediators, and has earned a Diplomate in New Jersey Municipal Law and has also held the designation of Fellow from the International Municipal Lawyers Association.

How a DWI/DUI in Another State Affects Your NJ Driver’s License
Advance Medical Directives – Your Plan for You.
[contact-form-7 404 "Not Found"]
Contact Carluccio, Leone, Dimon, Doyle & Sacks, LLC