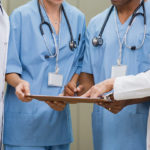 Advance Medical Directives – Your Plan for You.

Am I Eligible to Receive My Ex-Spouse’s Social Security Benefits? Divorce is a new experience for most couples—unless you’ve been married and divorced before, you probably have a lot of questions, and many of them have to do with finances.  Typically, those financial issues center around alimony and child support (if you have minor children). … 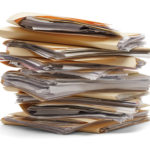 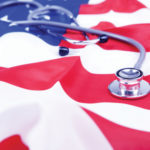 Healthcare Update: The Future of the Affordable Care Act

In early March, legislation to repeal and replace the Affordable Care Act was approved and will be sent to the House for a vote. Its supporters hope the House vote will occur before the Spring break starting on April 7th. The Congressional Budget Office (CBO) has provided an analysis of the legislation and has estimated…

Alzheimer’s is a complex neurological disease that is the most common form of dementia. President Ronald Reagan first designated November as National Alzheimer’s Disease Awareness Month in 1983. At that time, fewer than 2 million Americans had Alzheimer’s; today, the number of people with the disease has soared to nearly 5.4 million and more than…

Annemarie Schreiber, Esq., CELA (Certified Elder Law Attorney) Special Needs Law attorneys throughout the country contribute a great deal to their communities. They educate those with special needs, as well as their families and caregivers, helping them to understand the legal options and the resources available to them when planning for the…

By Annemarie Schreiber, Esq. – Certified Elder Law Attorney (CELA) Recently Business Weekly published an article about how most people think that they have finished working on their estate plan once they have signed their estate documents. Yet, as the article points out, there are four additional steps to the perfect estate plan.  Upon signing…

5 Common Misconceptions About a Power of Attorney

The Internal Revenue Service recently announced the 2015 estate and gift tax limits. The federal estate tax exemption rises to $5.43 million per person, and the annual gift exclusion amount stays at $14,000. With the holiday season approaching, (and if one is fortunate enough to be extraordinarily giving in the form of large sums of…