Alzheimer’s is a complex neurological disease that is the most common form of dementia. President Ronald Reagan first designated November as National Alzheimer’s Disease Awareness Month in 1983. At that time, fewer than 2 million Americans had Alzheimer’s; today, the number of people with the disease has soared to nearly 5.4 million and more than… 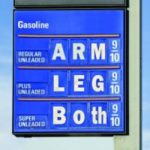 Gas tax in NJ, to increase by 23¢ per gallon On October 14, 2016 Governor Christie signed legislation which increases the tax on gasoline by twenty three cents (23¢) per gallon of gas beginning on November 1, 2016. The legislation also phases in an elimination of the New Jersey Estate Tax increasing the threshold from…

By Annemarie Schreiber, Esq. – Certified Elder Law Attorney (CELA) Recently Business Weekly published an article about how most people think that they have finished working on their estate plan once they have signed their estate documents. Yet, as the article points out, there are four additional steps to the perfect estate plan.  Upon signing…

Few celebrity deaths over the past several years have rocked my world as much as the death, on April 21, 2016, of Prince Rogers Nelson, formerly known as the Artist Formerly Known as Prince.   As we wait for the results of the autopsy which are expected next week, the most shocking fact since his demise…

Adoption Tax Credit Due to Expire at the End of the Year!

If Congress doesn’t act quickly the adoption tax credit, which has made it possible for millions of Americans to adopt, will expire at the end of the year. The adoption tax credit, first introduced in 1997,  has been a powerful tool in helping adoptive families offset some of the costs incurred while in the process…

Gift tax exemptions are at an all-time high which means that gifting before the end of this year may create substantial economic benefits for your heirs. Despite having this great estate planning opportunity, not everyone who can take advantage of it has done so. If Congress fails to act before the end of the year…

It is that time of year, parents of college bound children are gearing up to send them off to school.  Parents are shopping to make sure their college student has everything he or she needs for their time away from home.  But what many parents often overlook is ensuring that they have the proper legal…

Despite President Barack Obama’s support for same-sex marriage, it hasn’t made it any easier for gay spouses to claim their partners’ retirement benefits or to receive the surviving spouse benefits under Social Security. The Federal Defense of Marriage Act, passed in 1996, specifically states that marriage must be between one man and one woman. As…