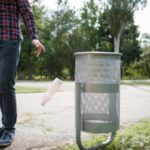 A New Jersey township violated the constitutional rights of a college student who had only 11 cents in his pocket when he was jailed for being unable to pay a littering fine, a federal judge has… 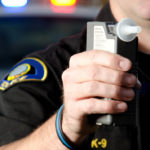 Charged with a DWI/DUI? Did you know not only does the state you are in impose penalties, but your residency state of New Jersey may also? Do you know your rights as an out-of-state driver? Here are the two agreements listed on the State of New Jersey Motor Vehicle website you need to know about:… 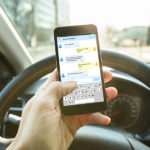 New Distracted Driving Law for NJ Targets Texters A new state law in New Jersey that goes into effect on July 23, 2017 takes stronger measures to crack down on distracted driving, specifically focusing on those who text while driving. With the help of the #77 hotline that the state initially set up to report aggressive or drunk… 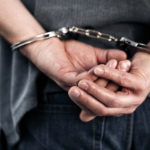 What is Drug Court?

By J.P. McCormick, Summer Associate Edward J. Dimon, Managing Partner of Carluccio, Leone, Dimon, Doyle & Sacks, L.L.C., recently accomplished a very rare legal feat when he defended a client against unfounded allegations originating from a client’s refusal to take a Breathalyzer test and instead demanding that his blood be drawn because he was so…

The Attorney General’s Office has revised the statement police officers make to those driving under the influence and for refusing to submit to a blood alcohol test. The law regarding driving under the influence has not changed, however the statement now clearly defines each of the consequences for refusing to submit to a breathalyzer test.…

The Call for a Nationwide Ban

The National Transportation Safety Board (NTSB) has called for the first-ever nationwide ban on driver use of personal electronic devices while operating a motor vehicle. The NTSB was drawn to this conclusion following their most recent investigation of an accident in 2010 that resulted in 2 deaths and a total of 38 persons injured. There…

On November 28th, Governor Chris Christie signed Executive Order Number 83. The expansion of the New Jersey Adult Drug Court Program, with demonstrated statistics of reducing recidivism, will be the main focus of this order. Initially, judges in two counties will have the authority to sentence offenders to treatment programs, such as drug court, instead…

By now, most people are familiar with the threat of identity theft and the uses to which the thieves might put your stolen identity. This includes using your personal information to charge goods and services on a new bogus credit card. There are the usual preventive measures you can take, such as keeping personal information…